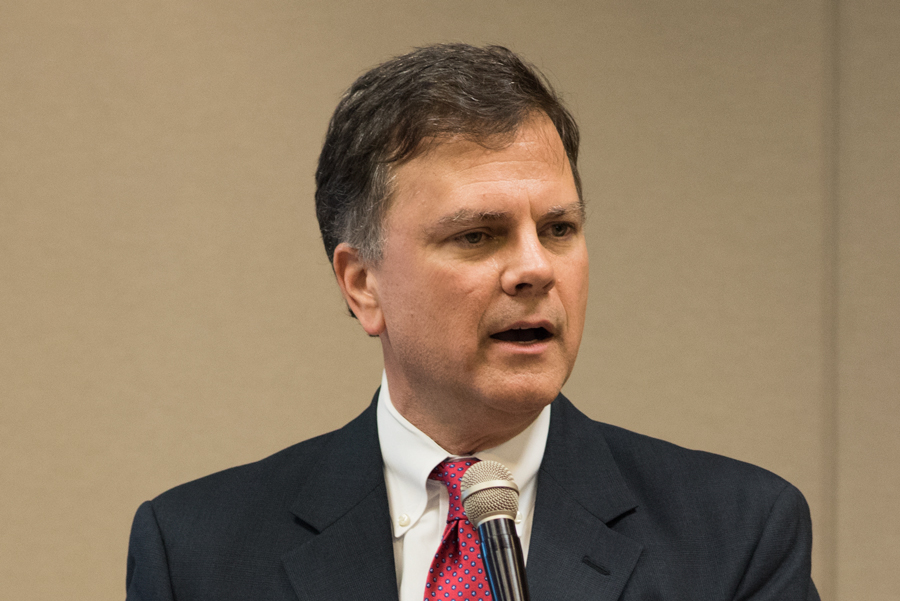 The Senate voting 21-8 on Jan. 25 passed Sen. Orr’s SB 92 and sent it to the House Committee on Commerce and Small Business.

The bill would reduce the maximum number of weeks that unemployment compensation benefits could be paid for any benefit year beginning on or after Jan. 1, 2019, from the current maximum of 26 weeks, to 14 weeks, up to a maximum of 20 weeks depending upon the average state unemployment rate.

“Twenty-six weeks has been the standard for individuals,” said Sen. Orr, R-Decatur. “I started noticing that other states were revisiting the 26 weeks.”

The change also would reduce businesses’ unemployment compensation payments from the highest Schedule D to the lower Schedule C, he said.

The CCAA is the statewide professional organization consisting of about 120 Alabama chambers of commerce and is joined with the BCA in The Partnership. “We truly say the premier local business advocate is your chamber,” Arthur said.

Soon after the meeting, Sen. Orr and Rep. Danny Crawford, R-Athens, joined Governor Kay Ivey for the signing of the Toyota-Mazda incentives bill into law.

Sen. Orr sponsored SB 98 that gives counties the authority to abate ad valorem taxes for certain projects that qualify for the incentives under the Alabama Jobs Act. Rep. Crawford sponsored the House version of the bill designed to accommodate Toyota-Mazda’s $1.6 billion joint venture to build vehicles in Huntsville.

Sen. Orr said that in the current economic climate, the majority of Alabamians who start receiving unemployment compensation usually find employment well before their 26 weeks of benefits end.

In addition, his bill also would increase the weekly benefit amount by about 4 percent, from $265 to $275 weekly and would grant another five weeks of benefits if the recipient is in a recognized job training program.

Sen. Orr said he plans to introduce a data breach bill for Attorney General Steve Marshall similar to a bill he introduced last year. Alabama is one of three states with no law requiring businesses to notify the public if their data has been hacked or stolen, he said.

Sen. Orr has introduced SJR 11 that would create the Code of Ethics Clarification and Reform Commission to revisit the state Ethics Law and clear up ambiguities that have allowed numerous interpretations. It remains in the Senate Rules Committee until it can be reported to the Senate floor and acted upon.

“Everybody (in a public setting) can get around the table and decide what’s best for the state,” Sen. Orr said. “I hope to see some type of resolution by the time we Sine Die.”

Sen. Orr said the spread sheet for the governor’s proposed Education Trust Fund budget for the fiscal year beginning Oct. 1 has been circulated. 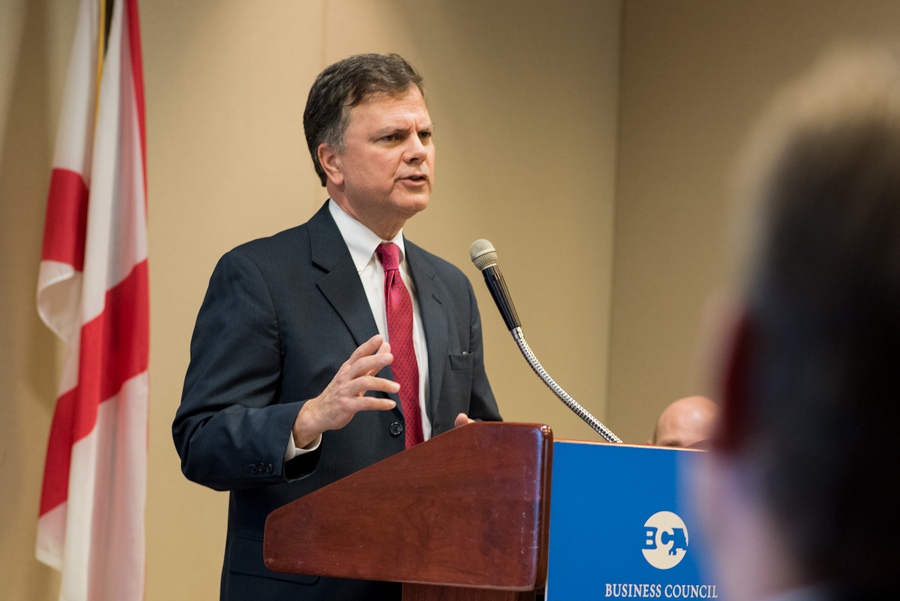 Sen. Orr said a goal this year is to revamp the Alabama Reading Initiative that has produced great results but need a boost. He praised Governor Kay Ivey for her recent emphasis on promoting reading skills for children by the time they leave the third grade.

The Tuesday Briefing speakers for Feb. 12 are scheduled to be Sen. Greg Reed, R-Jasper, and Rep. Nathaniel Ledbetter, R-Rainsville, the Senate and House majority leaders respectively.