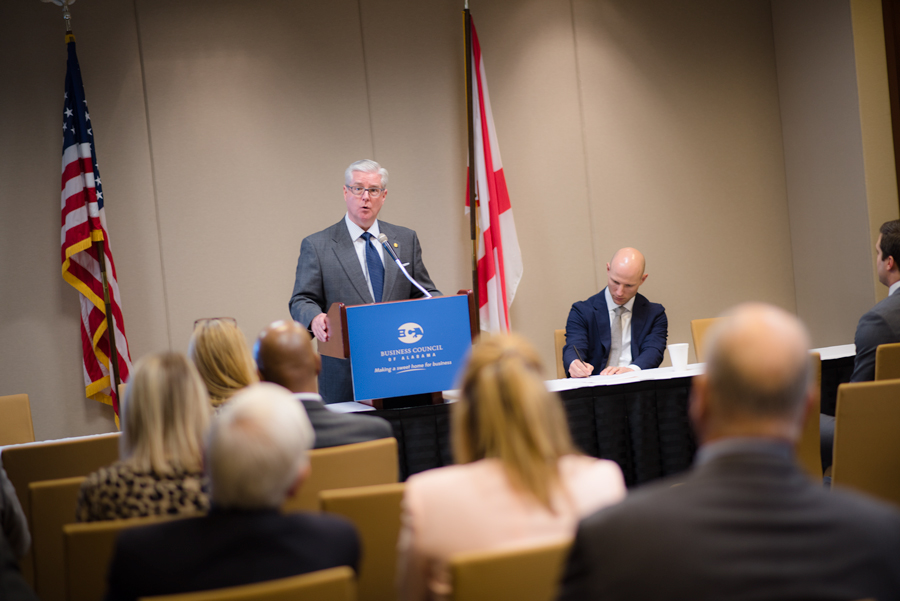 BCA member McWane Inc. is an international manufacturer headquartered in Birmingham that began when McWane brothers created a foundry business in 1903 and a cast iron pipe and fittings subsidiary in 1904. The family run McWane Inc. currently has operations in Abu Dhabi, Australia, Canada, and Korea, in addition to numerous states in the U.S. 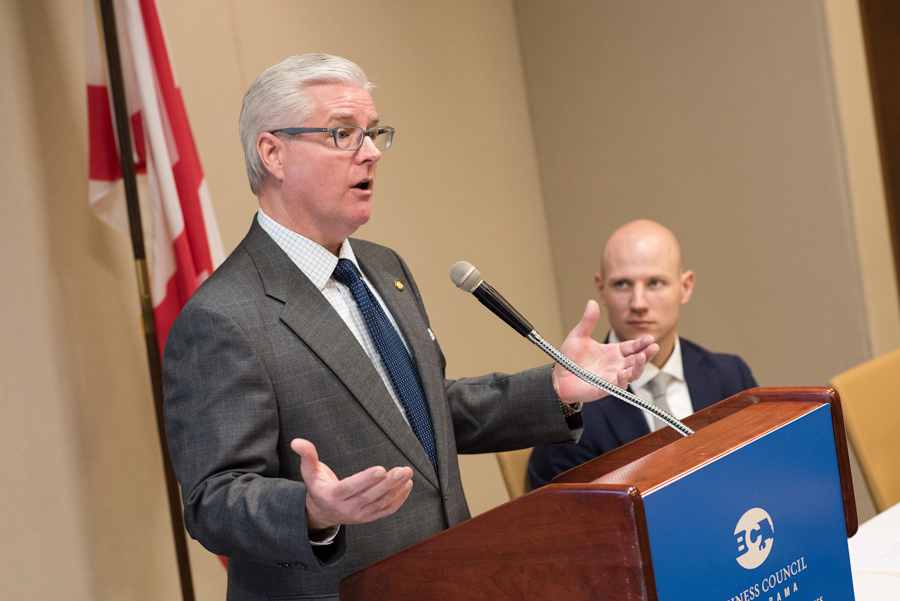 Sen. Reed said the Senate leadership’s position is to ensure that all senators have a voice in the 35-member body whose agenda that includes economic development and job creation that are the focus of several initiatives this session.

They include a state income tax cut and expanding broadband accessibility in rural areas under a bill sponsored by Sen. Clay Scofield, R-Guntersville. “If you don’t have Internet access there you can’t grow,” Sen. Reed said.

Senate President Pro Tem Del Marsh, R-Anniston, is the sponsor of SB 76 that would increase the optional standard deduction adjusted gross income floor for taxpayers and result in a modest income tax cut. 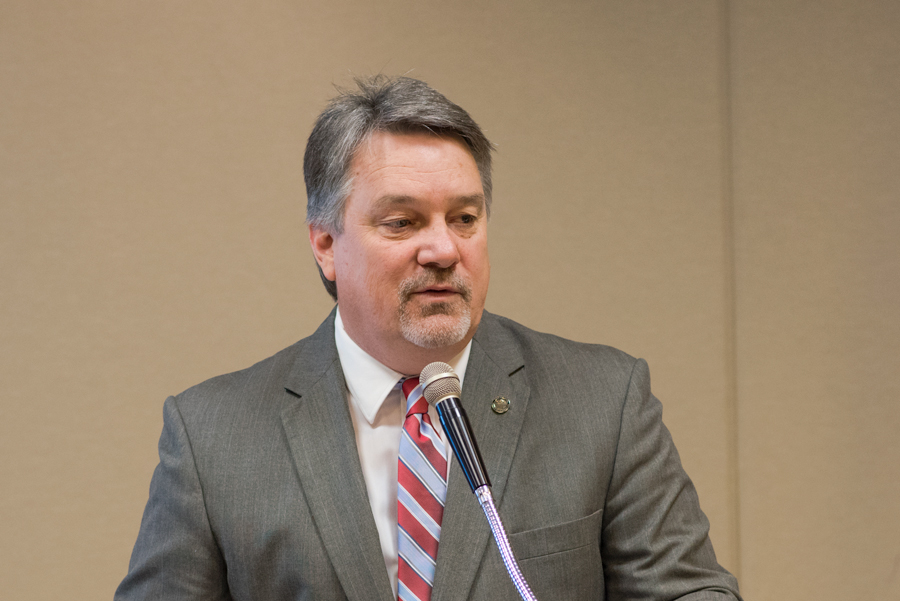 Sen. Reed said the proposed ETF budget and the General Fund budget will have a little extra money due to past decisions, which include a law limiting future budget amounts to a percentage of average budget totals, and a growing economy.

Rep. Ledbetter said the proposed $1.03 billion General Fund budget, SB 178 by Sen. Trip Pittman, R-Daphne, will “start moving” this week or next. The General Fund budget pays for most non-education state functions such as prisons and Medicaid.

Sen. Reed said the plan is to pass the budgets in their originating legislative bodies and send them to the opposite chambers for consideration in order to effect an anticipated early end to the legislative session. The session is currently one-third of the way through its constitutionally allotted 30 working days. 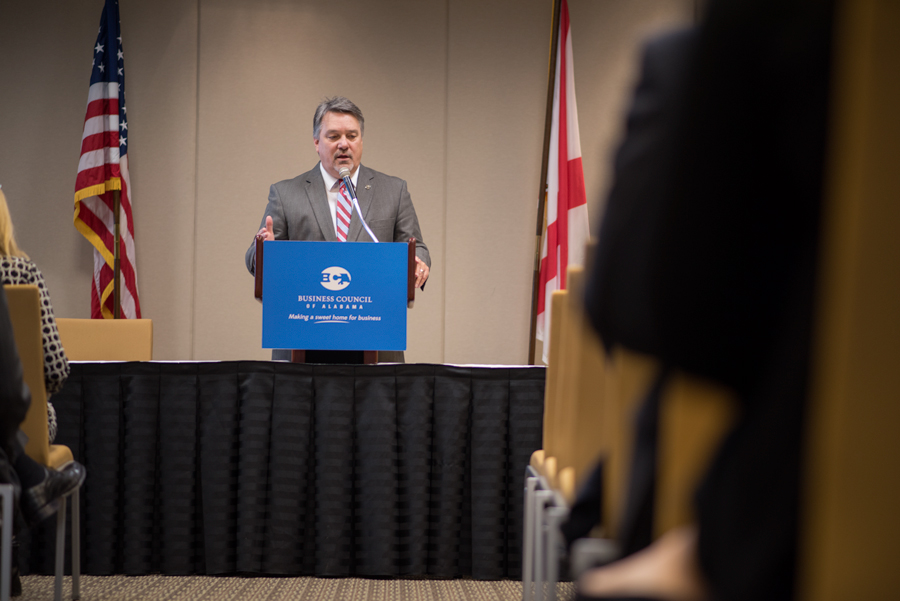 Rep. Ledbetter said Alabama’s economic situation is the best he’s seen in his lifetime and it’s imperative that the Legislature continue a pro-business outlook.

Sen. Reed noted that the June primaries have a large number of candidates in both political parties, ensuring a lively fall election.

As majority leaders, Sen. Reed and Rep. Ledbetter, as do the House and Senate minority leaders, have political duties as well as legislative duties.

“Our goal is to maintain what we have and move forward,” Rep. Ledbetter said.

Tuesday briefings are held each week during regular legislative sessions.

The Feb. 20 Tuesday Briefing speaker is scheduled to be Rep. Poole, chairman of the House Ways and Means Education Committee.