The National Association of Manufacturers is claiming victory against the National Labor Relations Board in a 2011 lawsuit over workplace posting requirements. The NAM said Jan. 3 that because the NLRB did not meet the Jan. 2 deadline to appeal a U.S. Circuit Court of Appeals for the District of Columbia Circuit ruling, the federal board acknowledged its overreach and permanently validated the NAM’s court win.

By allowing the Supreme Court’s review deadline to pass, the NLRB acknowledged its overreach in the case, the NAM said.

“Manufacturers start off the new year with great news in our fight against an overreaching NLRB,” said NAM President and CEO Jay Timmons. “This is the culmination of the NAM’s aggressive legal pursuit against a government-imposed regulation that would create a hostile work environment while injecting politics into manufacturers’ day-to-day business operations. While this victory is a watershed moment, the NAM—through the Manufacturers’ Center for Legal Action—will continue to fight against the threat of overly aggressive agendas from government agencies.”

The Business Council of Alabama is the NAM’s exclusive representative in Alabama.

The NAM appealed a lower federal court’s ruling that had upheld a new NLRB’s regulation requiring employers to post workplace notices of the right of employees to organize into unions, bargain collectively, discuss wages, benefits and working conditions, jointly complain, strike and picket, or choose not to do any of these activities.

The NAM filed a brief in May 2012 challenging the board’s fundamental authority to issue a posting rule at all since Congress never authorized notice-posting requirements. The NAM said the mandate to post government notices without a clear statutory basis or compelling governmental interest violates the First Amendment rights of employers as well as the balance of requirements spelled out in the NLRA. Finally, if the penalties for failing to post a required notice were themselves unlawful, the judge should have thrown out the entire regulation because the NLRB did not intend for the posting requirements to stand on its own without enforcement teeth.

The D.C. Circuit overturned the NLRB regulation on May 7. The NLRB on July 22 appealed to the entire court. On Sept. 4, the court declined to rehear the case and the NLRB had 90 days to appeal to the Supreme Court. Since it didn’t, the D.C. Circuit’s ruling became final, the NAM said.

Director of Communications (2012-2019)
Previous This week’s edition of BCA’s Washington Briefing has been published. (12/16/13-12/20/13)
Next New Capital Opportunity for Startup Businesses 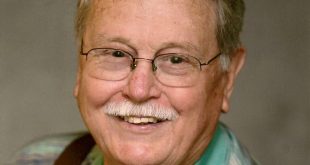