Manufacturers Warn of Exodus if Ex-Im Closes, U.S. Loss could be China’s Gain

The Wall Street Journal reports today that U.S. manufacturers may move overseas if the U.S. Export-Import Bank’s charter is not renewed at the end of this month.

Major manufacturers say industrial contracts in developing countries, from rail links in Africa to power plants in Eastern Europe, will be in jeopardy if the Export-Import Bank has to close its doors if Congress doesn’t renew it on or before June 30.

Officials at companies such as Boeing Co. , General Electric Co. , and Westinghouse Electric Co. warn that competition for water, transportation, and electricity deals is so cutthroat that they would be forced to move manufacturing overseas if the Ex-Im Bank isn’t open to guarantee financing, the Journal reported.

“We may continue to develop the technology in the U.S., but we may have to move our factory overseas just so I can get a foreign country to give me financing for goods and services made in that country,” said Danny Roderick, chief executive of Westinghouse, in Cranberry Township, Pa.

GE leads a deal worth $1 billion for rail, refinery, and power equipment in Angola. The locomotive deal alone is worth $350 million for GE and could create 1,800 jobs in 12 states, according to the company. China has already agreed to step in with financing should its state-owned company win the contract.

The bank’s backers believe they have the votes needed to renew the 81-year-old agency.

The White House and nearly all Democrats are aligned with industry groups and some Republicans in supporting an extension of the bank’s charter. Senate Majority Leader Mitch McConnell, R-Ky., who says he opposes reauthorization, has agreed to bring the issue up for a Senate vote later this summer.

As Congress is set to battle over the authorization of President Obama’s trade authority and the extension of the Export-Import Bank, the ideological wings of both parties are set to clash with the more centrist, pro-business lawmakers.

Ex-Im critics say private sources of financing would step in to fill the void after June 30, when the Ex-Im Bank would close its doors to new deals.

But private banks say they wouldn’t step in because many of these loans fall outside of their risk profile. In some cases, they’re uncomfortable with the geopolitical risk. Without Ex-Im guarantees, loans might trigger certain charges under international bank-capital rules known as Basel 3. In other cases, they’re not willing to extend the type of long-term financing that other state agencies will offer.

“The only way we can contemplate financing these projects is if there is Ex-Im Bank,” said Phillips Lee, the head of the U.S. export finance division at Société Générale SA, which has partnered with Ex-Im to finance the first phase of a proposed $650 million water supply project in Cameroon.

Business executives say the fight risks eroding American dominance in global trade at a time when companies in China, South Korea and Europe aggressively use state-backed export-credit agencies of their own, the Journal reported.

Since its founding, the Ex-Im Bank has lent or guaranteed some $590 billion. In just two years, Chinese state lenders have extended some $670 billion in credit, according to Fred Hochberg, the chairman of the U.S. bank.

“They openly use it against us: ‘Our countries are committed to this. The United States is not,’ ” Kevin Kolevar, vice president for government affairs at Dow Chemical Co., said of the foreign competition.

Boeing has begun telling its customers that it will temporarily offer financing on aircraft sales if Ex-Im shuts its doors.

Westinghouse says it could also forfeit the ability to expand in Mexico, Brazil and the Middle East.

“With Ex-Im gone, I’m out of those countries,” Westinghouse’s Roderick said. “You need a loan guarantee going in, to even submit a proposal.”

Click here to join the fight. The BCA issued an action alert to all its members today seeking their support for the Ex-Im Bank.

Director of Communications (334) 240-8768 | Fax: (334) 241-5984 Email Dana Beyerle
Previous The EPA’s renegade policies must be reined in
Next Magazine Ranks Children’s of Alabama Among the Best Pediatric Hospitals 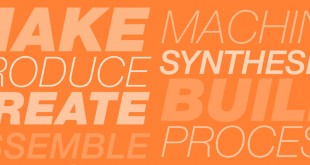 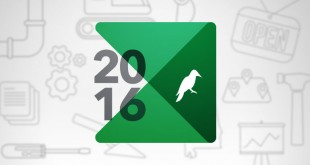