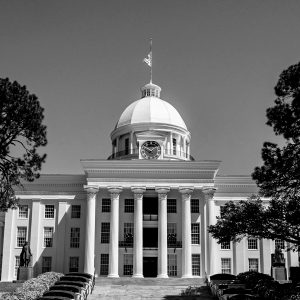 2022 Legislative Session a Success for the Business Community

The Alabama Legislature adjourned sine die on Thursday of last week after completing a three-day week that concluded the 2022 regular legislative session. With the May 24 primary election approaching quickly, legislators with primary opponents will turn their full attention to campaigning.

This year’s session was a successful one for the business community. Several significant pro-business bills were approved and have already been signed into law by the Governor. Success was also achieved when legislation that was unfavorable for employers was either defeated or amended in a way that addressed the issue affecting business.

Tax relief for businesses and families was a major focus of the legislature this session. Several bills that provided tax relief for small businesses were approved and have already been signed into law.

The BCA team focused on ensuring employers’ rights and abilities to operate safely and efficiently were protected and maintained.

More than 900 bills were filed during this legislative session with BCA engaged in 186. The BCA government affairs team and member-focused legal team reviewed each piece of legislation that was filed in both chambers to identify the impact on employers. BCA engaged in a wide spectrum of issues, ranging from tax-related policy to workforce development efforts and gun legislation that would have impacted an employers’ ability to maintain a safe workplace.

Below are some of the key highlights for business from this legislative session.

Todd Stacy of Alabama Daily News and APT’s Capital Journal sat down with Susan Carothers of BCA to discuss some thoughts and observations on the 2022 legislative session.

Two bills were filed during the session that would have put numerous economic development incentives at risk of being repealed and would have created new reporting requirements for any state agency that administers any economic tax incentive. Senate Bill 303, by Sen. Arthur Orr (R-Decatur), would have repealed up to nine economic development incentives effective December 31, 2027, unless those incentives were extended by an act of the legislature. These incentives included the Coal Production tax credit, Veterans Employment tax credit, Rural Physician tax credit, and the Irrigation Equipment tax credit among others. The reports would have to be prepared and submitted to the legislature. This legislation served as a replacement vehicle to the more aggressive Senate Bill 57, which had similar provisions but would have essentially impacted all tax incentives in Title 40 of the Alabama Code. This bill would have created widespread uncertainty about the dependability of economic incentives that are used by a wide spectrum of businesses and state and local economic developers to create new and expand existing industries.

As an alternative to these pieces of legislation, the legislature approved a resolution that will create a joint legislative committee called the Joint Legislative Study Commission on Renewing Economic Development Incentives. This new commission will include representation from business and industry and will be responsible for reviewing existing economic incentives and making recommendations to the Governor and Legislature on those incentives. Click here to view Senate Joint Resolution 117.

Legislation that would eliminate the requirement of a permit to carry a concealed weapon, was passed by the Legislature and signed into law earlier this session. The issue was a major source of debate throughout its trip through the legislative process. Several bills were filed related to concealed carry and each one went through a number of versions through the legislative process. The BCA team closely monitored each piece of legislation related to firearms and engaged several times throughout the session to make necessary adjustments that ensured businesses were not affected and could continue to operate as current law allows.  In the end, the BCA team was able to ensure that employers’ property rights were protected, and businesses are allowed to provide a safe working environment for their employees.

The Small Business Relief and Revitalization Act of 2022, sponsored by Rep. Danny Garrett (R-Trussville), passed the Legislature and was quickly signed into law by Governor Ivey in order to provide immediate tax relief to small businesses. This new law will allow businesses to exempt up to $40,000 of the market value of a business’s personal property from ad valorem tax levied by the state, which effectively exempts 75 percent of Alabama businesses from payment of the state portion of this tax. The law also reduces the estimated sales tax payment burden on more than 2,400 small businesses by increasing the threshold calculation from $2,500 to $5,000 and allowing sales tax licensees the option of payment of certified funds in lieu of securing a surety bond.

Two bills that will provide tax relief to employees and working families across the state received overwhelming support from the Legislature this session. The first was Senate Bill 152 by Sen. Dan Roberts (R-Mountain Brook) which the legislature identified as a time-sensitive priority to ensure the exemption provided through the legislation become effective before Alabamians started to file their taxes. This new law will ensure families aren’t penalized on their state income taxes for the increased child tax credit they received through the federal ARPA bill. The tax relief measures included under this bill include increased child tax credit, increased dependent care credit, and increased and modified earned income credit, which totals around $2 billion in additional pandemic relief benefits that were received by Alabama families. This exemption will save Alabama families an estimated $87 million this year. It was signed into law on February 22.

The other tax relief measure received final passage on the last day of the session. Senate Bill 19, sponsored by Sen. Arthur Orr (R-Decatur) and Rep. Lynn Greer (R-Rogersville), will increase the state income tax standard deduction by $1,000 for couples married filing jointly and $500 for those single, married filing separately and head of household. It also increases the adjusted gross income range allowable for the maximum optional standard deduction to $35,000, up from $33,000, and the adjusted gross income range allowable for a dependent exemption to $50,000, up from $20,000, to increase the threshold at which the state imposes individual income taxes. The adjustment in the deduction is estimated to save Alabamians more than $17 million annually. This bill will become effective as soon as it is signed by the Governor and will apply to tax years beginning after December 31, 2021.

Below is a list of other notable bills that were considered by the Legislature this session along with their final status:

Below is a listing of a large number of the bills BCA engaged in this session. Each bill includes BCA’s position, as well as the bill’s final status for the legislative session.

HB 272 will eliminate the requirement for person(s) to acquire a concealed carry permit in the State of Alabama. This new law will revise the presumption that an individual that is carrying a pistol without a permit is evidence of intent to commit a crime. The BCA team closely monitored this bill and engaged several times throughout the session to make necessary adjustments that ensured businesses were not affected and could continue to operate their business as current law allows.

SB 224 increases the requirement standard for receiving unemployment compensation in Alabama. Under current law, an unemployed individual must make a reasonable and active effort to secure work for which he or she is qualified to be eligible to receive unemployment benefits. This bill would require an unemployed individual to search for work a certain number of times per week to be eligible to receive unemployment benefits.

HB 82 also known as the Small Business Relief and Revitalization Act allows businesses to exempt up to $40,000 of the market value of business personal property from ad valorem tax levied by the state. HB 82 also ensures that any relief funding from the American Rescue Plan Act received by qualifying disadvantaged farmers is exempt from state income tax. This bill provides a one-month extension of the due date of tax returns for Alabama financial institution excise taxpayers and corporate income taxpayers in the tax years beginning on or after January 1, 2021, without incurring a late filing penalty. HB 82 also increases the average monthly state sales tax liability threshold calculation to $5,000 or greater during the preceding calendar year for required estimated payments.

HB 408 would have required the Alabama Department of Revenue to submit a Unified Economic Development Budget (UEDB) to provide policymakers and taxpayers with a comprehensive accounting of all economic development spending. The reporting requirements, among other provisions, included in this bill would have negatively impacted the effectiveness of many economic development incentives aimed at recruiting new jobs to the state.

HB 20 will extend the tax exemption for the gross receipts from the sale of parts, components, and systems that become a part of a fixed or rotary wing military aircraft and that satisfy other criteria from May 30, 2022, to May 30, 2032.

SB 57 proposed a repeal of any tax incentive, credit, or abatement that doesn’t currently have a prescribed sunset or expiration provision unless the Legislature passes an extension on December 31, 2022.  The Alabama tax code contains numerous individual and businesses tax incentives, credits and abatements that are often used as a tool to for economic development at the statewide and local levels. It would have established annual reporting requirements for all tax incentives, credits, and abatements that would be subject for review by the House and Senate Education committees.

HB 16 and HB 29 would have established a private right of action against employers for any adverse reaction, injury, temporary, permanent disability or death of an employee arising from an employer mandate that the employee receive a COVID-19 vaccine.

HB 31 would have created a civil cause of action prohibits employers for alleged discrimination against an individual based on their immunization status. HB 31 would have allowed for an employer, potential employer or place of public accommodation be subject to a civil cause of action. It listed available remedies to include, but not be limited to: injunctive relief; compensatory damages; punitive damages and attorney fees.

SB 10 would have prohibited a large interactive computer service provider from taking certain restrictive or suppressive action against a user of its service based on either a viewpoint expressed or shared by the user or true statements of fact expressed by the user. The bill provided for civil liabilities from an effected user against a major interactive computer service provider. 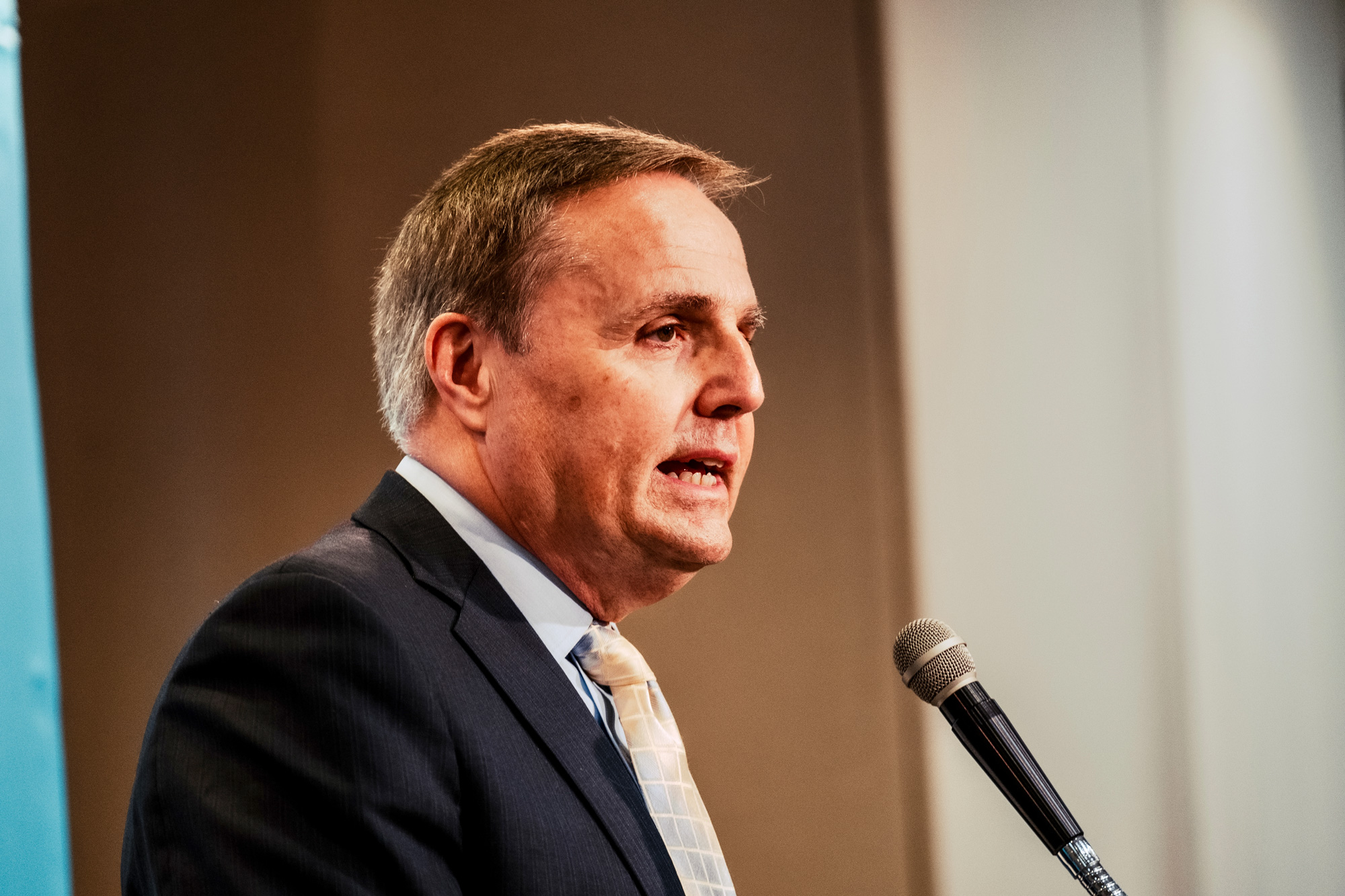 Week Eleven of the 2022 Legislative Session

Alabama House Ways and Means Education Chairman Danny Garrett (R-Trussville) was the featured speaker this week at BCA’s Government Affairs Briefing in Montgomery. Representative Garrett provided an update on the current legislative session, including the state of the Education Trust Fund budget and several pieces of legislation supporting small businesses. 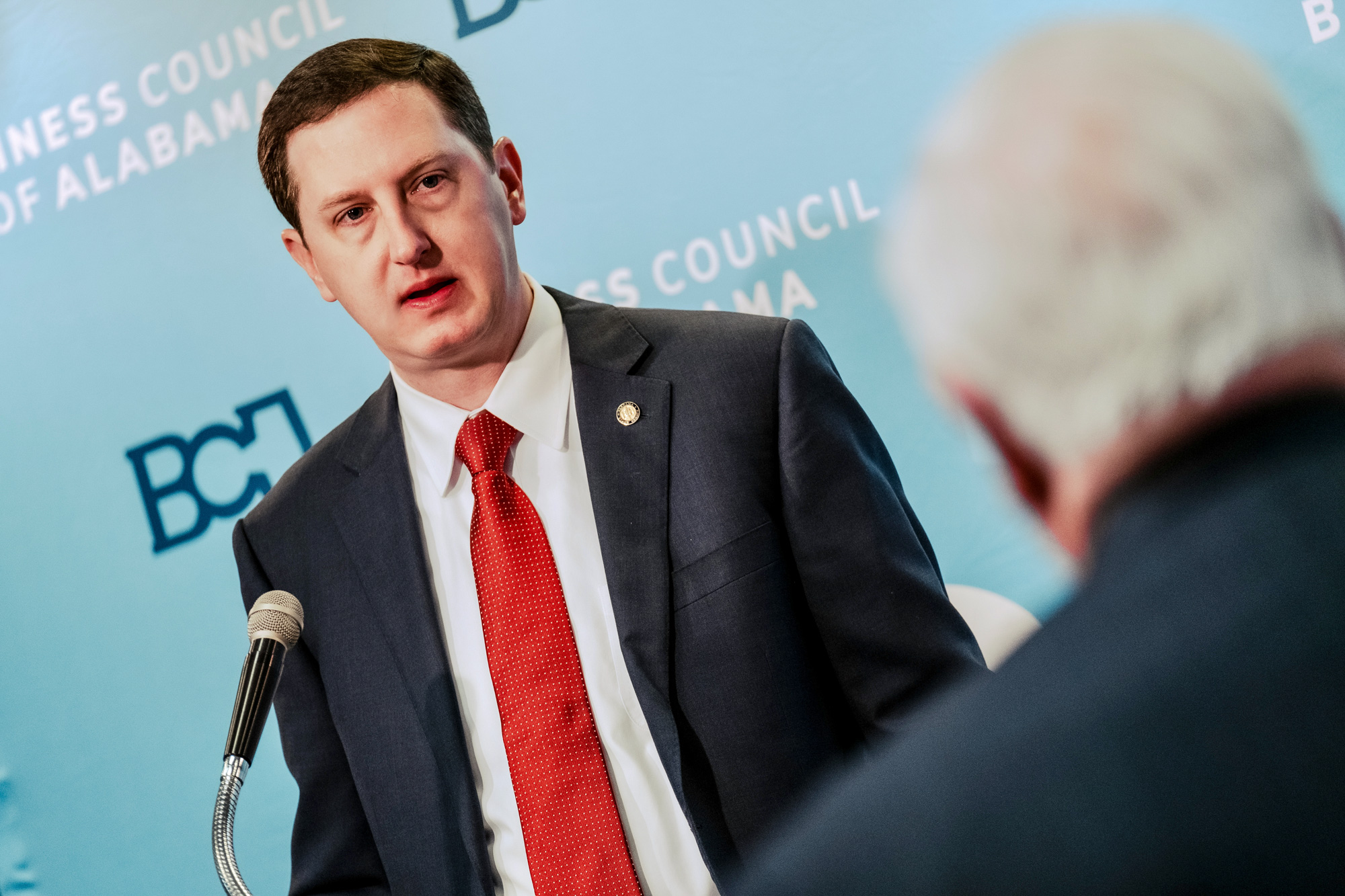 Week Ten of the 2022 Legislative Session

Senate Majority Leader Clay Scofield (R-Guntersville) was the featured speaker on Tuesday at BCA’s weekly Government Affairs Briefing in Montgomery. Senator Scofield provided an update on the current legislative session, including the latest progress made in the area of high-speed broadband internet expansion. 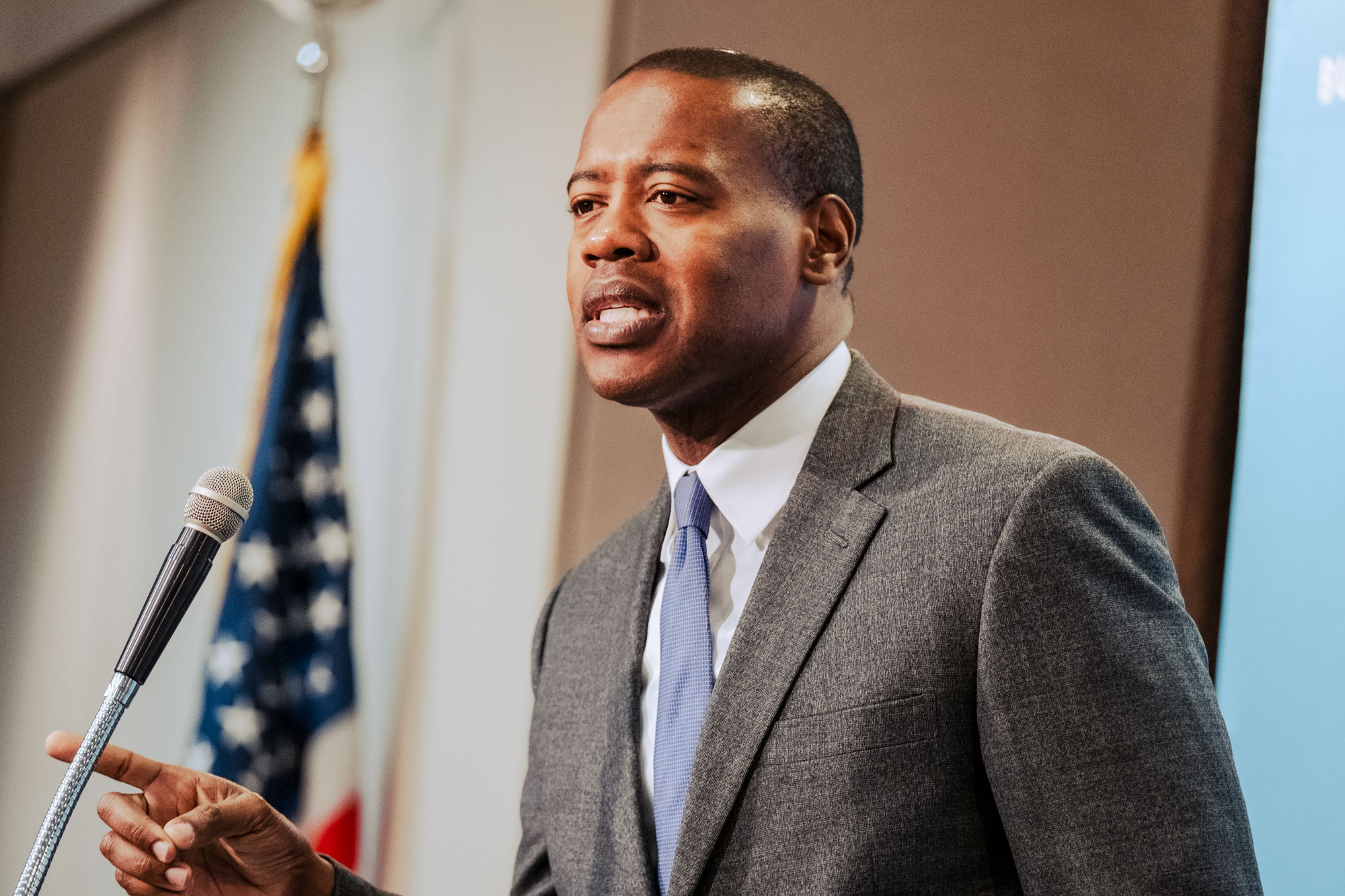 Week Nine of the 2022 Legislative Session

Alabama House Minority Leader Anthony Daniels (D-Huntsville) was the featured speaker on Tuesday at BCA’s weekly Government Affairs Briefing in Montgomery. Rep. Daniels covered a range of relevant topics, gave an update on what’s happened so far during the legislative session, what’s to come, and how recent developments affect the state’s business climate, including workforce development.