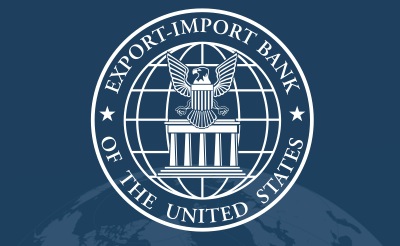 July began today without a new charter for the Export-Import Bank of the United States and that lapse didn’t go unnoticed by manufacturers and chambers of commerce.

The Business Council of Alabama and its national partners, the National Association of Manufacturers and the U.S. Chamber of Commerce, have been leading the charge to renew the charter of the bank, which is so vital to Alabama and national business interests.

“Since 2007, 88 Alabama exporters have produced and sold $823 million worth of exports, all made possible by Ex-Im loans and loan guarantees. The value of exports that are vital to Alabama’s economy went from $15.5 billion in 2010 to $19.5 billion last year. Without charter renewal, these Alabama companies and their suppliers will be at a distinct disadvantage in global markets, resulting immediately in lost sales and jobs.”

NAM President and CEO Jay Timmons said, “It defies reason and logic that some members of Congress believe eliminating the Ex-Im Bank will strengthen our country. Manufacturers, and all Americans, are counting on Congress to end the political games and revisit reality” by proceeding with a bipartisan push to reinstate the Bank.”

The U.S. Chamber’s Senior Vice President for International Policy, John G. Murphy, in an op-ed, cites three reasons why the bank’s charter must be renewed: Ex-Im is necessary because, in the case of many small businesses, commercial banks often refuse to accept foreign receivables as collateral for a loan without an Ex-Im guarantee; Ex-Im is necessary because official export credit agency support, like by Ex-Im, is often required even to bid on a wide variety of foreign business opportunities; and, Ex-Im is necessary because it is par for the course for expensive capital goods to be sold worldwide with unashamed export credit agency backing — the support of which can make or break a deal.

Timmons’ remarks were excerpted online by CNN. The Associated Press quoted NAM Senior Vice President of Policy and Government Relations Aric Newhouse that the charter’s expiration is “a critical blow to manufacturers.”

Numerous state and national media outlets took up the call, including AL.com, which published President Obama’s criticism of Congress for failing to renew the bank’s charter before it expired at midnight Tuesday.

And the Boston Globe noted that Obama wrote that the bank will be forced to stop making new loans and providing export-insurance coverage, which will mean “lost sales, lost customers, and lost opportunities” for U.S. businesses.

IndustryWeek reported on a conference call organized by the NAM-backed Exporters for Ex-Im coalition, that included Don Nelson, president of ProGauge Technologies in Bakersfield, Calif.

Hours before the charter-expiration deadline arrived, the Washington Post quoted NAM’s Newhouse as saying it was “the day we have been hoping to avoid.”

The Post said the conference call showed that the Ex-Im coalition was “not relenting” in its fight to reauthorize the bank.

Besides Nelson, the other executive who participated in the call was Dick Rogovin, chairman of Ohio-based U.S. Bridge, “a 150-employee business that builds and manufactures bridges.” Rogovin, whose company stands to lose a $100 million contract to build bridges in Ghana, said that without Ex-Im credit financing, “there is no U.S. commercial bank that will perform the same service” for the African project.

The Washington Times quoted Newhouse at length from an Ex-Im conference call: “It’s just a question of having the will and the political backbone to move ahead. We’re confident this is a short-term blip, but our belief is that the bank will be extended.”

USA Today quoted Newhouse. And the Los Angeles Times included Newhouse’s comment that “We are facing the cold reality of the Ex-Im bank authorization expiring.”

Bloomberg Politics quoted Newhouse expressing hope that reauthorizing the Bank “will be one of the first things considered” when Congress returns next week from its post-holiday recess.

Bloomberg cited Sens. Heidi Heitkamp, D-N.D., and Maria Cantwell, D-Wash., saying that bank supporters plan to meet with Obama on July 8 to discuss how to “revive” the institution.

All is not lost, as the bank still services current operations. The New York Times says that although Congress left town without renewing the Ex-Im charter, the bank “retains a short-term lease on life.”

It “cannot make new deals” but by law “it must manage its existing portfolio of loans, loan guarantees and insurance to help foreign customers buy products from American exporters.” The Times adds that bank supporters in both parties believe that the bank’s charter can be reinstated by the end of July by attaching an amendment “to a must-pass bill extending the highway trust fund” in the Senate, “and send that bill to the House.”