Business Council of Alabama member Brasfield & Gorrie of Birmingham has won a $45.3 million contract to build two large test stands at the Marshall Space Flight Center in Huntsville for NASA’s new manned rocket, according to the National Aeronautics and Space Administration.

The stands, to be completed by Brasfield & Gorrie general contractors under a NASA contract made through the U.S. Army Corps of Engineers, will be used to test fuel tanks and other key hardware for NASA’s new Space Launch System. The first launch is scheduled in 2017.

“These test stands will play a vital role in strengthening America’s space exploration capabilities,” Brasfield & Gorrie Vice President and Division Manager Alan Anthony said Tuesday. “We are proud to continue our strong working relationship with the U.S. Army Corps of Engineers and our work at Redstone Arsenal while supporting NASA’s Space Launch System.”

Construction is scheduled to begin later this month and completed next year.

Since the SLS will have the largest cryogenic fuel tanks ever used on a rocket, test stands and other hardware are needed to test for the incredible stresses of launch. Engineers will use hydraulic cylinders at each stand to twist, push, and bend five separate parts of the rocket’s core stage to make sure they can survive launch pressures, NASA said.

“These stands are necessary to accommodate the sheer size of the core stage components, and the extreme loads we are putting on them – some up to 9 million pounds,” said Tim Gautney, element discipline lead engineer for SLS core stage testing.

“Within the foundation of this stand, we have 1.75 miles of embedded anchor rods – that gives you an idea of the type of stability we need to test these parts with such high-level force,” project manager Byron Williams said in a NASA press release.

The rockets will be built at NASA’s Michaud Assembly Facility in New Orleans and the core stages will be shipped by barge to Huntsville for testing.

SLS will be the most powerful rocket in history. The launch vehicle will send astronauts in NASA’s Orion spacecraft beyond low-Earth orbit into the solar system on missions to an asteroid and eventually to Mars.

The test stands were jointly designed BCA members Goodwyn Mills and Cawood of Montgomery, and a Colorado engineering firm.

Director of Communications (2012-2019)
Previous This week’s edition of BCA’s Washington Briefing has been published. (5/5/14-5/9/14)
Next BCA-CCAA Partnership is Going Strong After 10 years 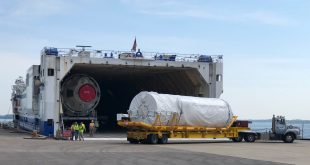 Launching astronauts to space from the U.S. starts in Alabama 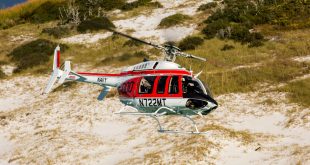 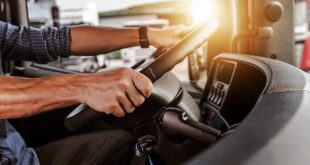 Business Council of Alabama member Coffman International, Inc., of Dothan has been awarded the prestigious International …