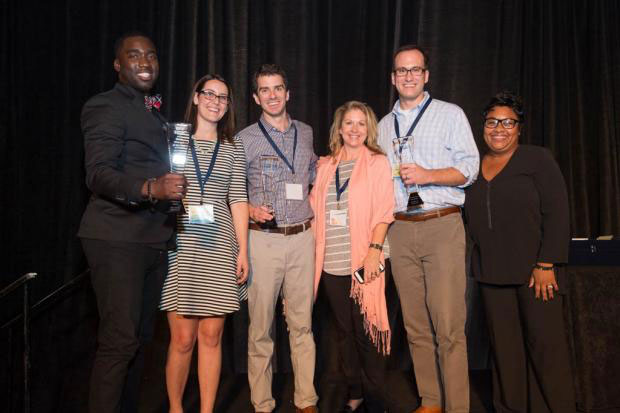 The Business Council of Alabama and its partners who were behind successful passage of Alabama’s first public charter school law received an award from the Policy Innovators in Education Network recently in Arizona. Alabama’s public charter school law was voted as the 2015 Game Changer of the Year at the conference attended by more than 300 education advocates from 30 states and the District of Columbia. The award was conferred at the PIE Network’s annual summit in Scottsdale on Sept. 30.

This year’s Game Changer Award went to a coalition that included the BCA, the Alabama Black Alliance for Educational Options, the Alabama Coalition for Public Charter Schools, StudentsFirst Alabama, the A + Education Partnership, and the American Federation for Children for their contributions to a precedent-setting, national-attention-capturing legal victory in Alabama.

“The BCA family is humbled and honored for the award that signifies not an individual effort but a collective and successful effort by organizations with one goal in mind – passing Alabama’s first charter school law that gives parents a choice in their children’s educations,” said BCA President and CEO William J. Canary.

The awards program known as the “Eddies!” celebrated the success of some of the Network’s member organizations that nominate and vote on the awards.

The public charter school bill sponsored in the Senate by Senate President Pro Tem Del Marsh, R-Anniston, and in the House by Rep. Terri Collins, R-Decatur, was signed into law on March 19.

The public charter school law signaled a shift in how legislators felt about the current state of education in the state by introducing opportunities for new educational options through charter schools.

The coalition worked together on events such as leading a student rally, hosting legislative days in Montgomery, testifying before the House and Senate, and creating a groundswell among parents, educators, community leaders, and voters in support of public charter schools.

The public charter school law will have a positive impact on generations of Alabama children.